Randy Gage in his book “risky is the new safe” describes a phenomenon of democratic governance. In every country, like it or not, there is a two party system. No matter how many parties that exist on paper, in reality it would be reduced to just two viable options. One of them will have a more conservative philosophy while the other will be more liberal. They will take opposite positions on almost every aspect of national discussion irrespective of what is on the table. The one in power will fight to hold on to power and the one in opposition will fight to get into power. The only way forward is to ‘overthrow’ the government and not just an administration.

Ghana is no exception to the rule. There are so many parties in this country yet there are only two. That is the current reality for us. This may change in the future, I can’t tell but however way it does change, two dominant parties will emerge again to alternate for a long period. That is the nature of democracy. Every multiparty state has to be reduced to a dual party state.

This article does not seek to educate more on democracy or suggest a third party but to invoke some serious questions. Questions related to the progress of the county and the role of the government.

The political comments in this country suggests that we have kept very high expectations on government. And some of these expectations when closely analyzed will be nothing short of magic if any administration can do anything about them.

Every student coming from tertiary institution should have a job lying around that pays him a net of Ghc 3,000, hands him a car and probably a nice institutional accommodation. Meanwhile the price of patrol has to be lower than that of water at the same time taxes near 0.0%. Every major road should be paved and every citizen must have clean water to drink. Schools must be free or subsidized by government and our healthcare systems must be spotless. Government has to provide every facility at the same time make sure health care is free or heavily subsidize for the average citizen.

While all these are great national desires, it needs to be made clear that the role of government in achieving any of that is much more limited than we like to think. Take a look at the nations that went from low income countries into developed nations within the last century. What were the driving factors?

You will realize that the best any government can do is to provide an enabling environment for entrepreneurs to innovate and solve the real problems. Even monarchies like the UAE (Dubai), Abu Dhabi etc. realized the power of entrepreneurship and the real role they could play in transforming their countries. UAE has one of the friendliest environments for doing business today with 0.0% cooperate taxes and so many organizations that support entrepreneurs to develop and bring their ideas to market.

Many people think that Dubai gets its money from oil. Well, it is true the country has a lot of oil but the oil only contributes about 30% with a fast expanding non-oil GDP. The bet is on trade and entrepreneurship.

Take a look at Russia today, the youth eats and breathe entrepreneurship. And just to put things to perspective – 29 years ago, being an entrepreneur in the Soviet Union was illegal! Today they have seen the difference entrepreneurship brings to the country.

How about China? China has grown to become the world’s second-largest economy in merely three decades, and entrepreneurship has been identified as a key driver of China’s fast growth. And remember, this is a communist state (although they may not agree with that).

The point is that we are still looking at the government with the outdated set of eyes. We judge the government on outdated set of expectations. In the pre-colonial periods, the Ghanaian population relied on farming and subsistence level of commerce. The child was educated through apprenticeship within the family line of activity. The son of a farmer became a farmer until the colonial period when formal education was introduced. Those early literates were put in offices and closer to the colonial masters.

To the eyes of the average citizen, these group were well paid and taken care of. This popularized formal education as everyone wanted to be on the good side of the colonial government. After 1957 when the colonial masters left, there was a need for educated people to fill up the positions required by the new government. This meant that, offices, jobs and government facilities were waiting for the few students who were in the formal educational system. If you graduated from the university, you were sought after. You will chose where you want to go and life was sure to be good.

These events however led to a huge mindset of over dependency on the central government. Today the rules have changed but our mindsets are still stuck in the 70s. We still have the same expectations of our government and they also think they can meet those expectations. The truth is that they can’t.

What then is the way forward?

I am not going to pretend that I know exactly how Ghana can move pass our current state to the desired state. But what I do know is that, if it is to happen, the citizens have to wake up to the fact that the responsibility is on them and not the government. Government can only facilitate. Nothing more.

Our systems are inherently corrupt. Government officials wants to enrich themselves and remain in power no matter what. Those in opposition are doing all they can to get back into power and that exactly is what they are truly concerned about and not the challenges you and I are facing. In an earlier article “What if the president had no second chance?” I spoke about this in detail. Those who are concerned are those that face the problem. The way to solve it is for you to get up and solve it. When you do so, you are called an entrepreneur. Do this well, and you will lift yourself, your family and probably 100 to 1000s of others out of poverty.

We need to realize and accept this fact and change our expectations of the central government. Yes, they have an important role to play but the future of the country cannot be put on their shoulders. When we change our expectation on the government we begin to judge administrations based on metrics that really matter to our national development. 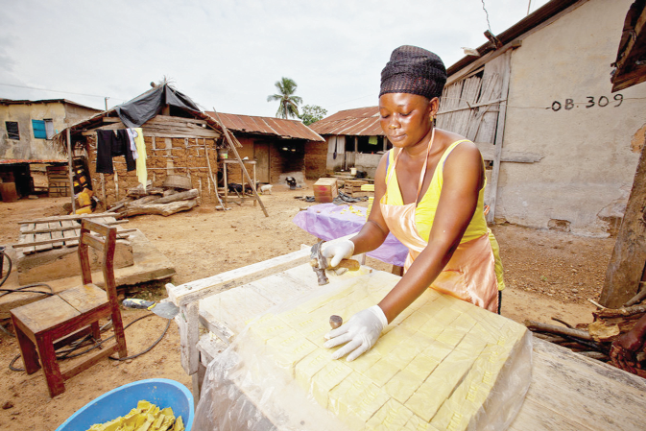 If we continue to judge government on how poor we are they will continue to feel good about their achievements despite our disappointments. And they will be justified. How can they make you rich? Of course they can’t. When government increases salaries what do we see? A resulting inflation that nullifies that effort.

We need a visionary government who can see and provide the structure for businesses to thrive. A government who will make it easy for the youth of the country to bring their ideas into market. Reduce the bureaucratic processes to make room for the demands of the new economy.

But Ghanaians still expect the government to provide employment for everyone from school meanwhile other people are running away from that. China for example who employed 100% of the labor force in 1978 dropped to 32% by 2003 after the Chinese Economic Reform was launched. Today the rates are even lower. Even the government of the great United States employs about 17% of the total labor force.

Most of these things are our responsibility and we must rise to accept that and begin to push the government to concentrate on the needed. When we change our expectations the government will be forced to make major reforms to improve economic activity and unleash the creativity of our youth. That is the only way forward.

I know this conversation may seem strange and many might not be in agreement, but however way you want to look at it the truth is one. Ghana needs to change. A lot of people fear change but why standstill when it is not serving you? Instead of the continuous cycles of self-sabotaging administrations, why not push a new front? Where the Ghanaian elite are united in their expectation of the government.

Shouldn’t we move pass expectations of government putting money in our pockets to government constructing roads to improve commerce and agriculture? The issues that gets attention in this country are unfortunately not issues that can lead to true transformative growth. And the government is forced to concentrate on the issues that has public attention. After all, while our desire is to have our problems solved, theirs is to remain in power.

Overthrow the government and take the responsibility to solve the problems. Individuals come together to change nations not governments. The USA is a shining example. Government has its role to play and we need to have it well defined in our minds. They cannot save you. You must save yourself.

The political mind: read mine.